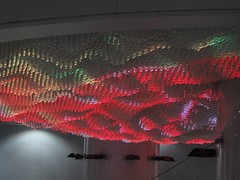 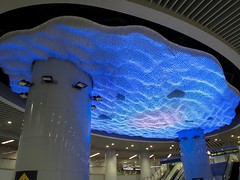 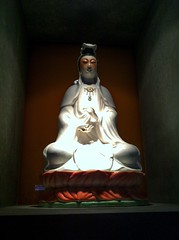 I’ve been traveling for four consecutive Christmases now, and each time has been a (third) eye-opening experience. It may seem contradictory but I don’t even miss it.. not when it compares to the ongoing experiment, my tuning-in and dropping-out, expanding thy universe and self-awareness. Questioning culture, the origins of our motivating forces, playing with attachment and detachment, stretching my soul, listening to my heart. Observing what happens on Christmas in other places and homes, or among new acquaintances.

First time, in Nepal, there was no Christmas. On Christmas Eve my three compadres and I were stuck on the border when Cara lost her passport in the neither-zone between India, and preceding that there was no trace of the holiday approaching. It was just another crazy day.

Second time, in New Zealand, I was in the forest at my first Rainbow Gathering. Been there for two weeks already and didn’t even know it was Christmas until very late in the day (Rainbow time!) when I heard a ragtag caroling procession. I recall wishing a Merry Holiday to a few people who each laughed a little, as if choking on my small gift, (like it was a joke.) Rainbowland is pretty non-denominational (except at the US gathering where there were at least three Jesus Camps), but you know what? It was bliss. Just another beautiful day… From my diary:

Third time, I was studying Spanish language in Sucre, Bolivia, and for once I felt the oncoming holidays in the spring air. Lit-up street decorations glowed twinkly rainbow hues over the town’s signature white-washed stucco, a couple small holiday markets sprung-up, and Santa gave hugs in front of the department store. We had a Christmas party at my language school (where my teacher & I were gifted sexy novelty underwear!) and on Christmas Eve morning I attended my class as usual (+ a tiny bit of weirdness). On the church’s borrowed wifi I video-skyped into Christmas dinner with my family (whose party seemed downright bacchanalian by the slurry sound of it!), then biked up to a beautiful spot overlooking the city to order a mistletoe – the same drink they were getting sloshed-on back home. In the town square I found a torrent of little kids parading around asking for candy, and passed the evening merry-making at a pot-luck dinner with my awesome Couchsurfing friends, featuring a beautiful (vegan) nut loaf. I marveled and was refreshed because, for the first time I can remember, I enjoyed the season.. not just Christmas Eve (and morning with Mom) – the reward for all our hard work. It came naturally for me to send love home, and it was well received.

Fourth time, I’m in land of the Mayas, as well as in a new head-space. I’ve been practicing waking meditation, lucid dreaming, and attempting nightly to astral project (leaving my body so I can fly through the spirit plane.) It’s time for an evolution, and I feel like all of a sudden I’m ready and capable. In these ancient cities, I’m listening, absorbing, feeling the lingering energy of Quetzalcóatl, the plumed-serpent God, who is predicted to return and usher forth this shift in consciousness.

Do I really believe all of this?

Not any more or less than I believe any of the rest of it. To me it’s all the same. Different manifestations of the supreme energy which shines in everything. None of it exists, and all of it exists. Religious mythology, Voudoo, Hedonism, Astrology… Ayurveda, Science, Modern medicine, Magic… Peace, Politics, War… they’re all in our minds, created by us and given power by us. We are Christmas if we want to be. We are God. We are Everything. And we are Nothing.

Fourth time, I didn’t really celebrate, not officially anyway. Today I worked on my energy body, exercised my spirit, traveled to my Home, and into the pieces of everyone I store in my heart. I tried to make midnight mass tonight, for the first time since I was a teenager, walked to two cathedrals and a church in the center of this biggest town on the Yucatan Peninsula, but I didn’t find what I was looking for. Kids have been igniting Christmas explosives in the main square all night and it’s 4AM. Just another day I can’t bear to sleep and miss any of this, until I get excited to project again. See you in infinite Paradise, loves!